DIG! DELVE! DAMN! Artists unlock the sounds of the Tropenmuseum

After nearly two decades tucked away in the Netherlands Institute for Sound & Vision’s depots RE:VIVE has partnered with the Research Center for Material Culture for Unlocking Sounds, a collaboration featuring new EPs from three leading contemporary artists.

Unlocking Sounds invited Parrish Smith, Ash Koosha and Clap! Clap! to revive Tropenmuseum’s sound archive, now preserved at the Netherlands Institute for Sound & Vision. The collection features thousands of original field recordings from around the globe dating back to the 1920s. This collection was started by Dutch conservationist J.C. Lamster and Jaap Kunst, who would eventually coin the term ‘ethnomusicology’: the study of music in its cultural and social context.

The Tropenmuseum holds hundreds of thousands of items from around the globe; presenting, sharing and contextualizing world culture. However, any collection that presents world cultures, especially when tied to colonialist regimes should always be met with a level of investigative curiosity. In case of the Tropenmuseum audio collection, it is – at least in part - a result of colonial regimes, politics and human enslavement. It is important to be aware of the circumstances in which these archives were created and question what knowledge, whose memories and what hierarchies they represent. Simply put, sound recordings are not neutral. the Unlocking Sounds project met this ethical challenge head on.

To explore the multitude of intricacies that accompany and shroud the collection the artists visited the Netherlands where they conferred with leading researchers from the University of Amsterdam, Utrecht University, Leiden University, and the Royal Netherlands Institute of Southeast Asian and Caribbean Studies. These meetings presented examples and discussions around colonialism, ethics, cultural anthropology, shared cultures, musicality and more. Unlocking Sounds challenged the artists to creatively investigate these aspects using the sound collection to inspire and compose the music. 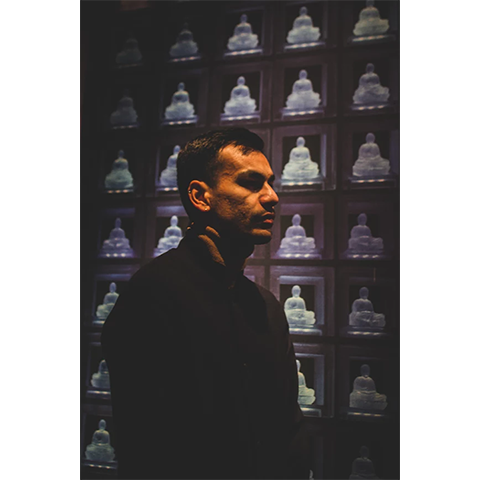 The artists were specifically chosen for their distinct musical styles, approaches to composition and different backgrounds. They have each produced an EP that refracts the Tropenmuseum collection through entirely different musical visions. All three EPs are being digitally released for free by three different labels who have agreed to support the initiative. The three EPs were released once a week during July and are all currently available for free download. 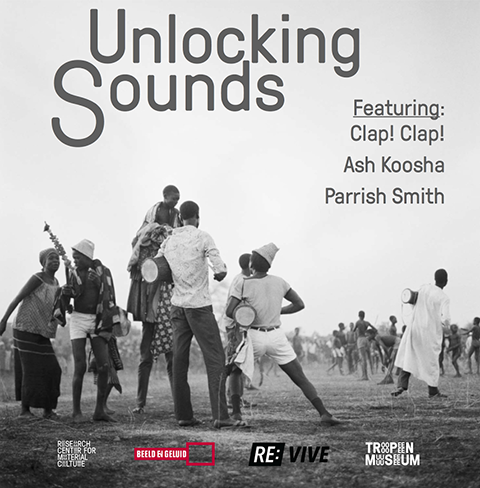 Ash Koosha - Chimera offers a completely different take on sound and traditional music, modulating the sounds to fit his lively futuristic sound, with the entire EP representing a seamless journey through digital worlds of his imaginative creation.

Parrish Smith - GENESIS BLACK dives deep into his Surinamese roots reflecting upon the writings of Surinamese resistance fighter and anti-colonialist author Anton de Kom to deliver an impassioned, heavy narrative whose social commentary is strengthened by every dark rhythm and drone.