Backup to the future

The sixth edition of the No Time to Wait conference was hosted by Sound & Vision in The Hague. The programme, crafted by MediaArea and Sound & Vision, covered pressing issues for archivists working with audiovisual collections.

The sixth edition of the No Time to Wait conference was hosted by Sound & Vision in The Hague. The programme, crafted by MediaArea and Sound & Vision, covered pressing issues for archivists working with audiovisual collections.

The first edition of the symposium resulted from the PREFORMA project and focused on standardisation and use of FFV1 and Matroska in archives. The scope has broadened over the years, and this year’s topic - Teaching, Transparency and Trust, provided a framework for sharing open standards and open solutions for audiovisual preservation.

The conference started with two interactive workshops. One workshop by Paul Duchesne, was a great introduction on putting Linked Open Data (LOD) into practice using Wikidata. Many heritage professionals are aware of the benefits of using LOD and this workshop demonstrated how Wikidata identifiers can be an accessible starting place for connecting your data to other datasets.

The other workshop on preservation of 360° video by Rhizome and Tate discussed pathways for long-term access. It builds upon the Preserving Immersive Media Knowledge Base, a collaboration between Tate and Sound & Vision to share knowledge on a centralised platform. Discussions highlighted the institutional lag to recognise 360° video as a format in preservation workflows, making it difficult to implement strategies to collect and store emerging formats. 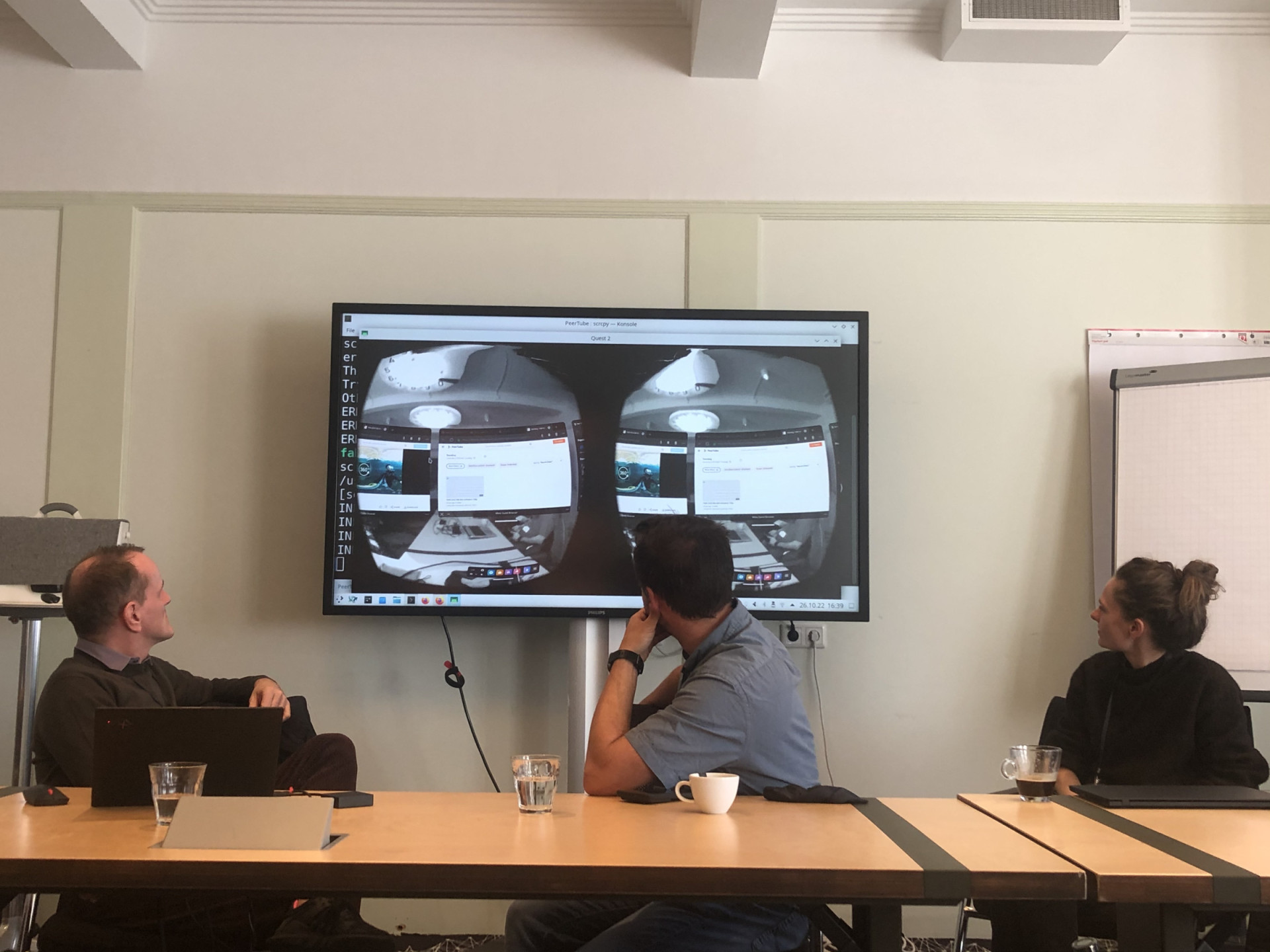 The remaining two days of the conference consisted of presentations and roundtables, with our highlights shared in this blog. The recordings are publicly available.

The notion of time-sensitive decisions and urgency for audiovisual preservation was reflected in several talks advocating forward-thinking in preservation.

Marjolein Steeman spoke about deciding between just in time versus just in case as a preservation policy. Sound & Vision generally formulates its policy as just in case, transcoding files into the preferred file format. Whereas just in time entails saving the master file and monitoring technical developments over time. The latter could require transcoding in the future.

Evanthia Samaras discussed her PhD thesis about archiving TV and film visual effects records (VFX), a call to action for the safeguarding of these records documenting the working process of practitioners in the field of TV and film VFX production. She advocated for a just in time approach to collecting these artefacts of telecinematic history.

In her presentation, Kiki made the case for documentation as a way to deal with the ephemerality of immersive media. For heritage objects that are unwilling to be ‘captured’ or ‘preserved’, documentation might currently be the only available preservation practice. She provided a synthesis of the approaches and methods of documentation in use for immersive media, providing a way to think through which method(s) might suit an institutional aim or documentation phase best.

Collaboration was a central element of projects discussed at the conference, and several speakers also highlighted the role of activism and politics when working in cultural heritage.

Preservation Watch, a project initiated by The Dutch Digital Heritage Network, monitors the wide scope of technological developments, with subgroups focusing on file formats, metadata and storage techniques. Delegates from partner organisations assess the risks and opportunities related to their topic and share their findings on risks and best practices.

Valeria Davila, Mariana Avramo and Violeta Nuñez discussed how the #CinematecaNacionalYa, a community-led movement, plays a crucial role in advocating for the protection of Peru’s and Argentina’s film heritage. The power of citizen engagement was also emphasised by Stefania Oikonomou, Katerina Zourou and Bente Lilja Bye during their presentation on hackathons for cultural heritage preservation during conflict, as well as by Sebastian Majstorovic talk on Saving Ukrainian Cultural Heritage Online (SUCHO) initiative.
Citizen engagement for preservation can take many forms, such as in the case of citizen-generated data or crowdsourcing for wide-scale web archiving.

Dr Jimi Jones and Karin Hodgin Jones discussed how they used collaboration as a way to put sustainability into practice. For example, by collaborating with local communities and organisations in device reuse, the issues of social equity, environmental benefits and economic benefits can be brought together.

An important component to collaboration is to investigate ways of exclusion. Kieran O'Leary & Niamh Murphy reflected on language bias, highlighting the english-language default which can exclude not only those who do not speak English, but also languages that use non-normative alphabets (i.e. symbols not recognised by information systems).

As per tradition, the conference wrapped up with contemplations from the participants, emphasising that the conference continues to play an important role in knowledge-sharing and supporting innovation. When it comes to securing digital heritage, a field in constant flux, the work is never finished. No Time to Wait presents an inspiring space in which unpolished projects can be presented and discussed and it will continue to do so in the coming editions. 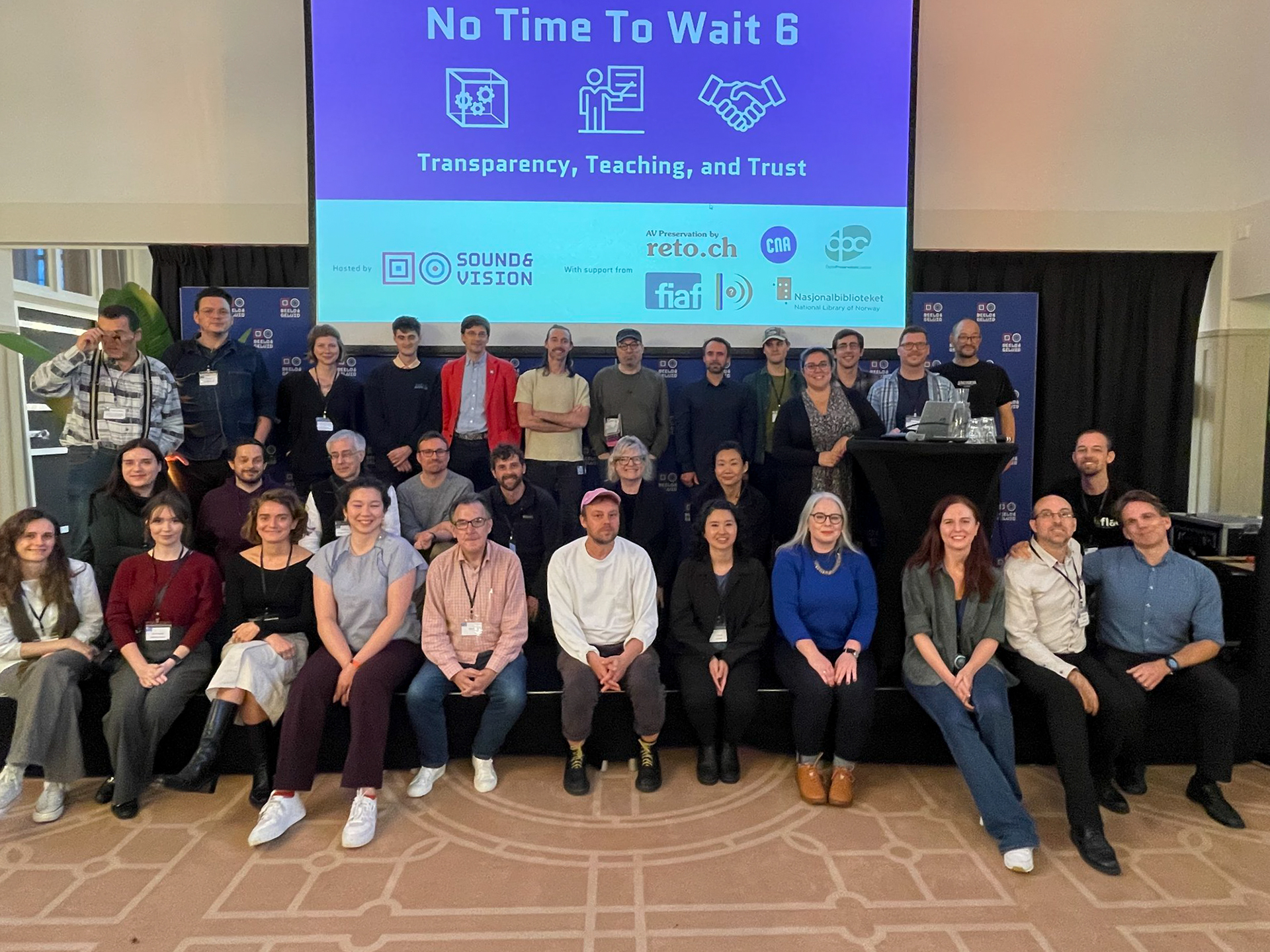